The Telstra Perth Fashion Festival: Why You Shouldn’t Miss It Next Time Around

Having been celebrated for two decades, the Telstra Perth Fashion Festival is arguably one of the most anticipated and successful fashion events in Australia. The founders of the event initially meant for it to become Perth’s biggest gathering of local fashion icons, but it turned out to be more than that. Today, it has successfully carved a reputation as an international spectacle, paving the way for fashion designers in Western Australia to take on centre stage.

Last year’s Telstra Perth Fashion Festival,  celebrating its  20th anniversary presented Australia’s fashion trends in the past, present, and future. The event took place between September 5 and 15 and was highlighted by both free and ticketed events and gatherings. The concept of showcasing activities and events meant that the festival was successful in presenting different facets of fashion, including that of representations in art, design, lifestyle, and even music.

The festival’s objective all through the years is to afford opportunities for Telstra to successfully gather every stakeholder in the promotion of the fashion industry in Perth and share it to the world. Every year is a step forward to making the event more fruitful and meaningful to the entire community of Perth, not just to those who are involved in the fashion industry.

The 20th celebration of the Telstra Perth Fashion Festival kicked off at the Optus Stadium, a massive football stadium that can house thousands of people. The entire week showcased a whole team of designers from different parts of Australia, along with young and up-and-coming ones who are about to make a splash in the industry. The opening night of the festival was sponsored by AMP Capital Shopping Centres, with the coordination of founding media partner, STM. The highlights of the opening night included the presentations of Dion Lee, cosmic disco presented by Roman Was Born, modern elegance of Scanlan Theodore, and the showcase of contemporary versatility courtesy of Viktoria & Woods. 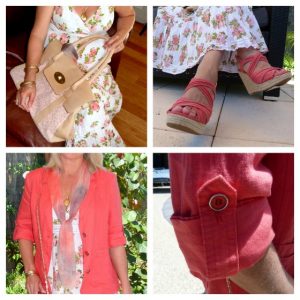 Perhaps the biggest showcase of the opening night was that of Morrison, a pride of Perth. Morrison’s easy tailoring and fluid draperies by One Fell Swoop concluded the night. Indeed, the opening salvo of the 20th anniversary of the festival made waves.

There also was no shortage of fashion authorities and influencers during the entire course of the festival. The opening night saw the presence of Lindy Klim, who made sure she would also attend the new QT Perth for an industry forum. Adrian Norris of One Fell Swoop was there, as well as Margie who represents Viktoria & Woods.

The festival is no doubt one of the most critical events in the Australian fashion industry, and with the explicit support of the Western Australian government, there is no stopping it for years to come.